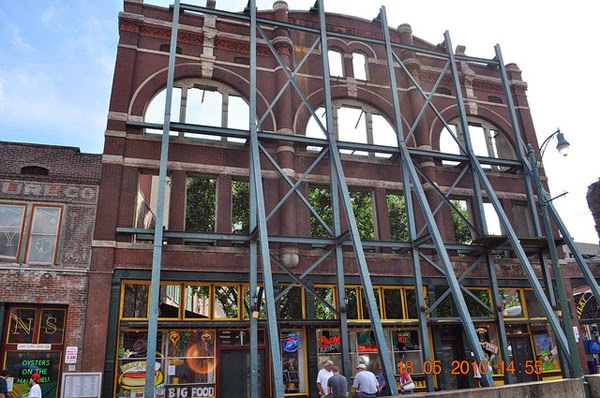 The Pride Of Beale Street

When you stroll down Beale Street you can't help but notice a building that is being held up by six steel girders.  As you look closer you then notice it also has no walls and roof.  Then upon closer inspection you notice a sign stating "Beware Irish Diving Goats".  You then ask yourself "What is this place?"

To find the answer you have to travel back over 120 years ago to 1891 when this building was built.  Beale Street had a completely different feel and was still lined with mansions at one end.  A time even before W.C. Handy and the blues were on Beale Street.

In 1891 Memphis had many things to celebrate but the biggest was that they were now a city again. In 1878 Memphis lost two-thirds of it's population as people fled from the yellow fever epidemic. When this happened Memphis lost it's city charter and became a taxing district of the State of Tennessee.

Memphis was also the home to a thirty-one year old judge and magistrate for Shelby County by the name of Charles Gallina.  Not much is known of Judge Gallina except that he loved horse racing.  The judge must of loved horse racing because he owned up to seventeen racehorses at one time.  He was also a regular at Montgomery Race Track and North Memphis Driving Track.  These were the hottest places in town to bet on horse races. 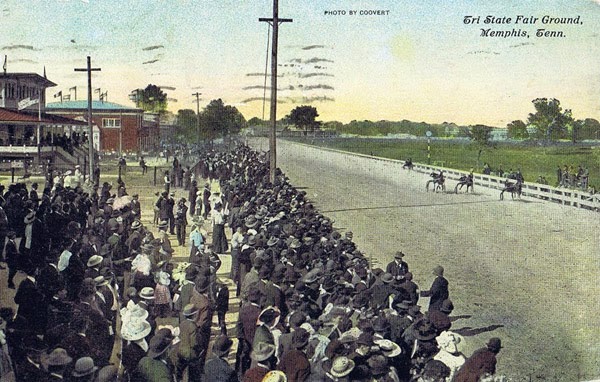 By 1891 Judge Gallina must of been making a lot of money from horse racing because he decided to hire local architect B.C Alsup to build The Gallina Exchange Building.  This was not going to be any ordinary building.  He wanted the best establishment on Beale Street. 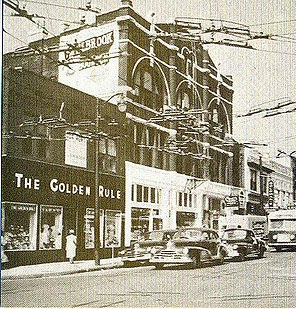 Gallina Exchange Building With Walls And A Roof

By the time it was completed it was a three-story 24/7 saloon complete with a gambling hall with walnut paneling.  This judge had style.  Not only is he involved in race horsing, he now has his hand in a gambling hall.  This guy just keeps getting more interesting.  It also sounds like he was a family man because he decided to move his entire family into the third floor.  I think child services would of had a field day with this guy.

On the second floor the judge would hold court.  I'm not sure that would be the place I'd want to go if I knew I had to go to court.  At least if you lost your case you could go downstairs and partake in the libations.

The Gallina Exchange Building was also a hotel with 20 rooms each complete with a marble fireplace.  This is why it was the Pride Of Beale Street.  It was also very popular with the Grand Opera House crowd and many of the traveling actors would stay here.

The judge would enjoy about 13 years living in this grand palace that he built.  Then in 1914 he passed away.  Over the years it would become the home to a pharmacy, clothing store and dentist's office.

In 1980 a fire swept through the building and gutted the interior.  Those six steel girders were then placed to hold up the building.  Then a windstorm caused the collapse of the rear and side walls and now you are left with what you see today. 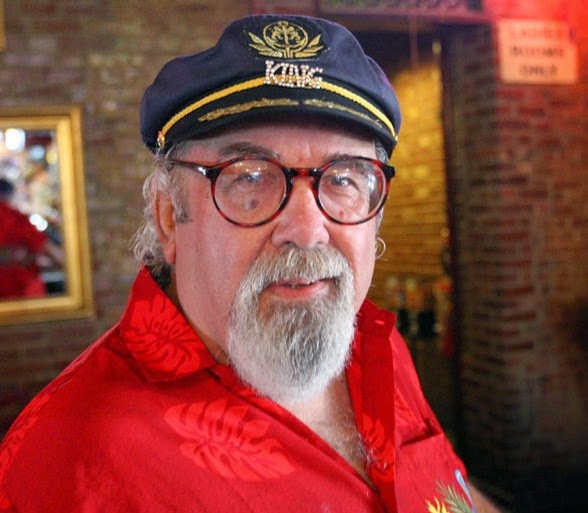 Sometime in the 1990's Silky O' Sullivan's moved to this location and made the open area their patio.  If you have ever been to Silky's you always know it's going to be a fun time.  I mean where else can you buy a gallon of booze for only $18.

On that spacious patio you will also find a Walk Of Fame including hand prints and signatures of such greats as Bob Hope, Ella Fitzgerald, Carl Perkins, Johnny Cash, Merle Haggard, Donny Osmond, Danny Thomas and other stars. 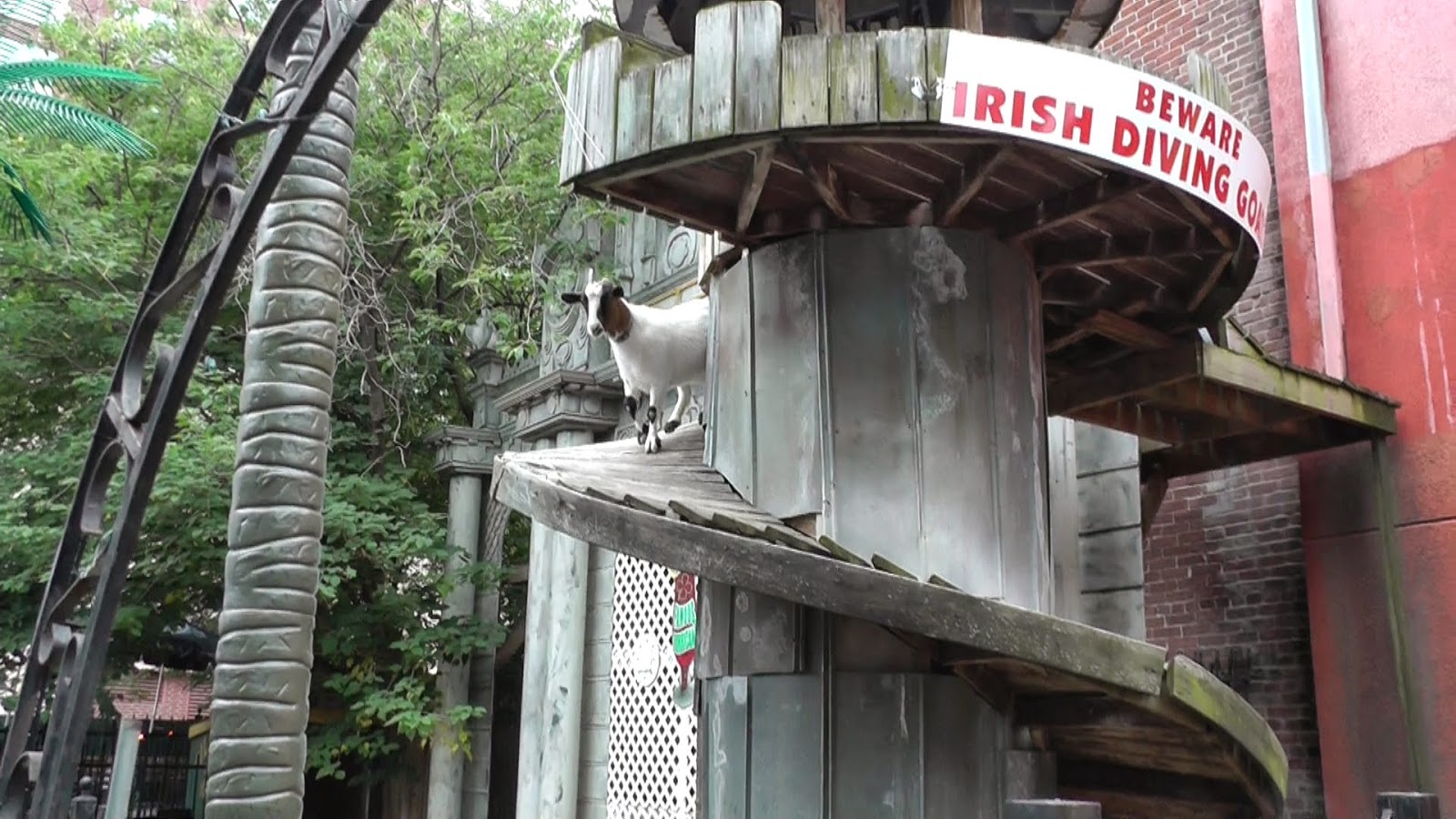 The one thing you can't miss on that patio is the Irish Diving Goats.  Their names are Angelina and Xena.  Their actually South African Boer goats.  Don't ask me why or how I know this.

They also make this patio their home.  I'm sure they get a kick at watching the antics of the people of Beale Street.  They also used to drink beer but that was stopped by PETA after they saw it on The Tonight Show.

A hundred years after Judge Gallina left the building it's still one of the craziest places on Beale.  It might not have marble fireplaces, gambling or people living in it but they have goats.  I'm sure Judge Gallina would approve of all this craziness.